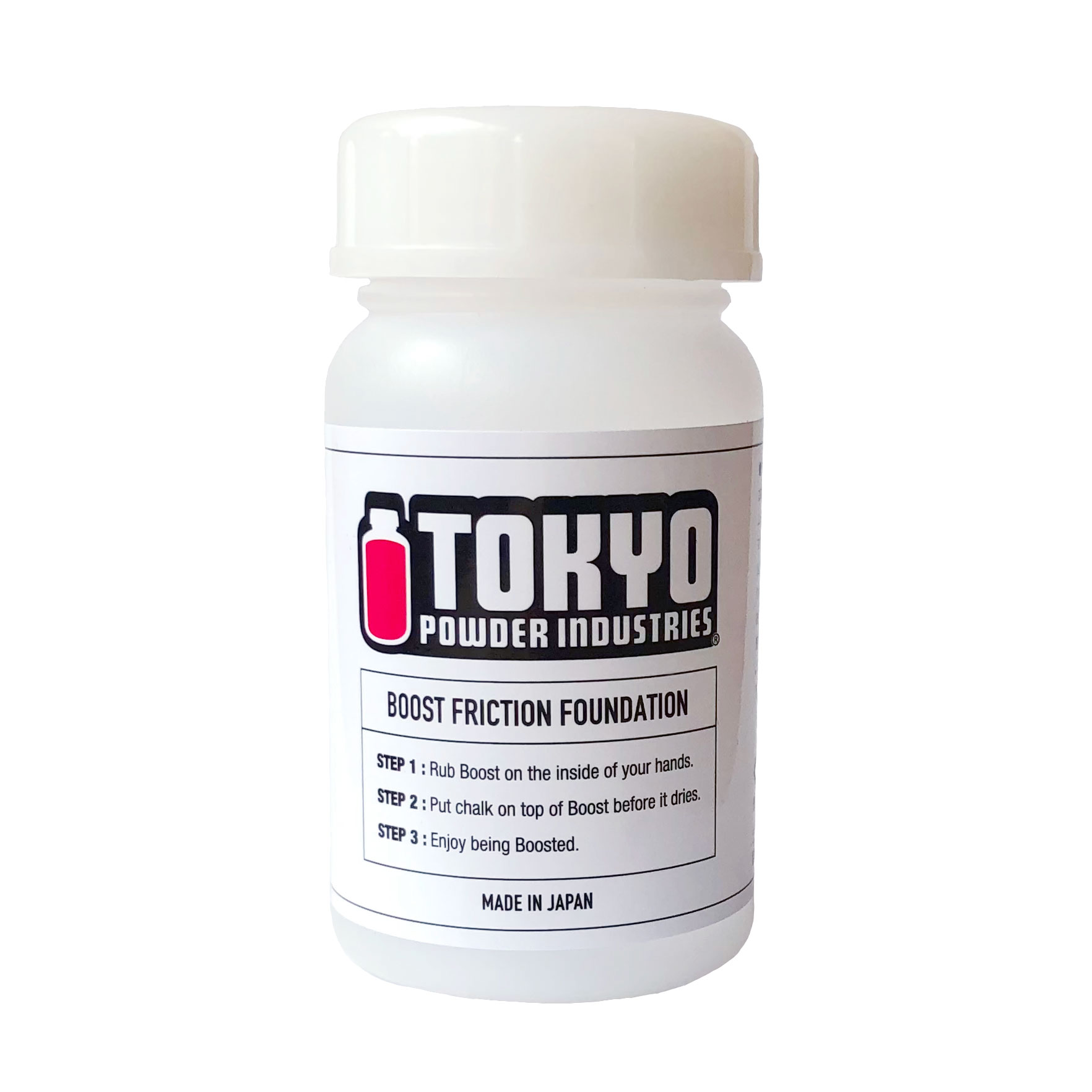 Two and a half years since the launch of BOOST. In no time, the genre of chalk groundwork has become commonplace. There are many ways to use it. I feared over-drying of BOOST, and the expiration date was 1 week in a vacuum pack. However, people who use it after drying, those who spray REACT in the pack, those who use it as a paste mixed with water A lot of feedback has arrived, and I am surprised every day by the climber’s inquisitiveness to friction.

The first request from a climber who often uses BOOST was to use it without much effort. BOOST is expensive and can be used in small quantities. I understand.

We received the opinion that we don’t like disposable packs. I just started collecting bottles, so I decided to make it into a large bottle. Simplified vacuuming and filling have reduced costs that were a bottleneck. Now it is a bargain price with a bottle discount applied.

The only concern is that the texture of BOOST can change if you repeatedly touch the air. However, as mentioned above, climbers who use BOOST often know the feel that is appropriate for them (maybe there are few people who use it normally), even if it is dry or humid That may not be a problem.

Use the vacuum pack for the same condition, or use a large-capacity bottle version with your favorite dryness and humidity. If you look at the various uses of climbers, I think that these options are also good. 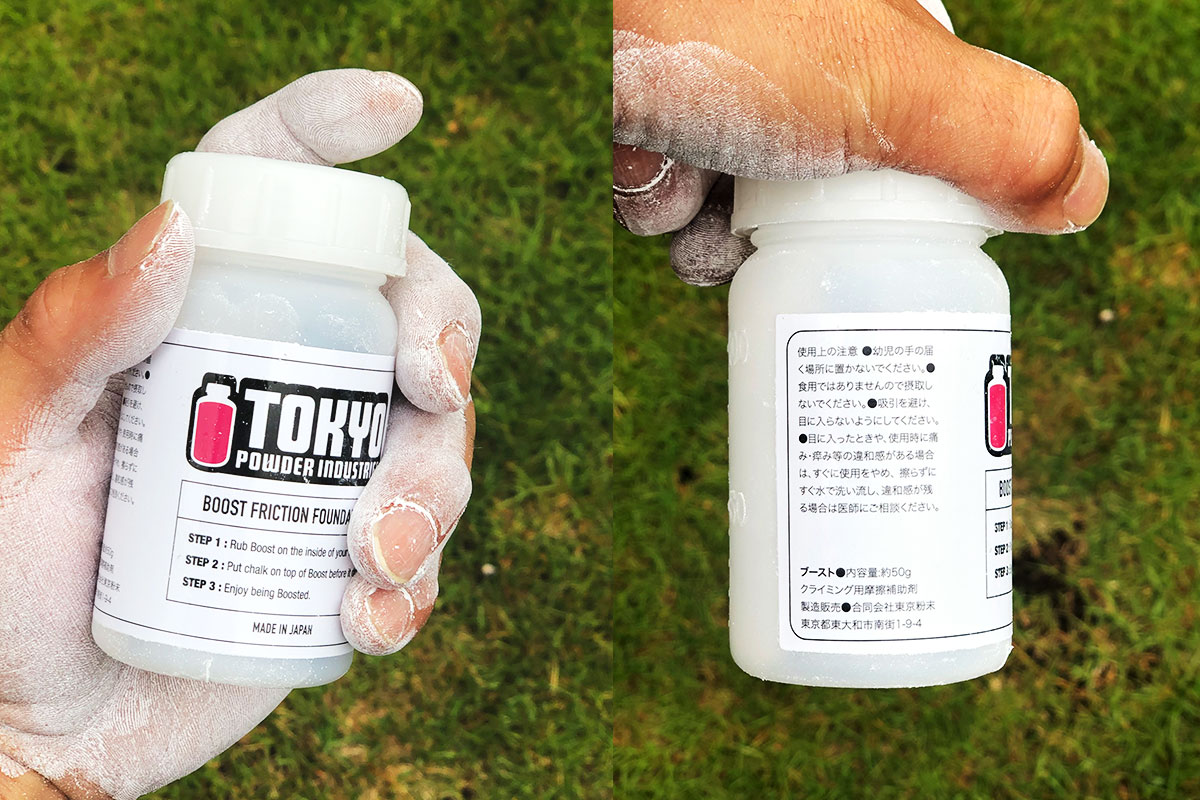 BOOST BOTTLE is available for sale today. Please contact your local dealer for availability.
In addition, because of the bottle version, empty bottles can be returned to collection stores. The returned bottle will be sold again as a reuse bottle product.
REUSE THE BOTTLE program (Only in Japan)

Lastly, let’s take a look at some of the most popular ways to use BOOST. If you can refer.

1. Dried and crushed and put into a chalk bag

This is the usage that Mr. Wakamiya, the first subject, reported on the video. For him who is an extreme sludge (recently accelerating caffeine for experiments and accelerating the sludge), BOOST seems to be dry and shiny. Open all purchased BOOST packs and leave them dry to become shiny. An exciting way to break it up into small pieces and put them in a chalk bag.

2.Use REACT to make it slimy

The most common report is to spray REACT directly into the BOOST pack, mix it, and use it as a paste. It seems that there are many impressions for dry hands, but some people say that this method is good even for people who are sluggish. It has a reputation for being easy to apply by making it into a paste, making it easy to improve friction.

There was an alley. I am using a small tube that I am not familiar with on the rocks, and I heard that BOOST is mixed with water and filled with a syringe. When you come to this point, you will be taken off your hat. Actually, BOOST and water (preferably purified water) are very compatible, and they were mixed and pasted (do not add too much water) into aluminum cans and I actually used it. I felt this was the best in terms of friction, but it was easy to dry and would quickly become useless if used less frequently. (Revived with water)