After take the 2nd episode with Yuki, We tried a BOOST friction test on the grass.

The test is simple – lift the hold off the grass! 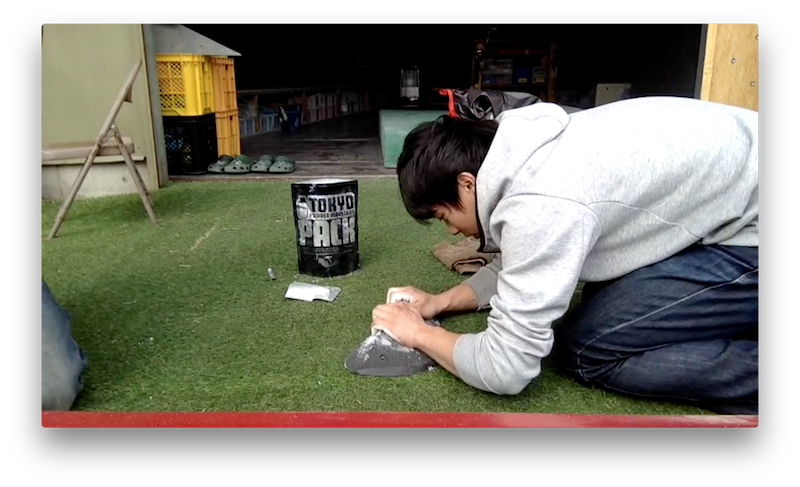 We tried the following mixes on the Cheeta Hold first.
・BLACK only
・BOOST + BLACK
・BOOST + Mammut liquid chalk + BLACK
As the task set out was fairly simple, you may observe a pretty straightforward result.

Next up was the WATAAAH Emanuela – a non- textured hold.

We tested the following combinations:
• BLACK only
• BOOST + BLACK
• BOOST only

Interestingly enough, both BLACK only and BOOST + BLACK were hopeless. It was completely impossible to lift the hold.

However, with BOOST only, it’s strange, because if I held the hold before the BOOST dried on my hands, I could lift it without applying much pressure. Almost like the hold was sticking to me.

Usually when climbing, we apply a lot of pressure on the holds, so I’m not sure if this test will have any practical applications.

That’s all for this test report.

After experimenting with various things, I realized that there might be an appropriate usage for each combination.